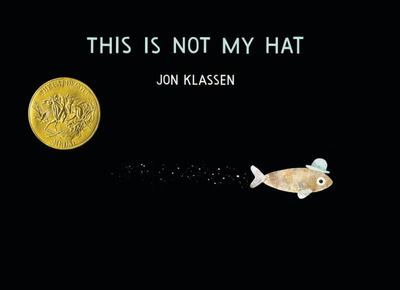 
From the creator of the #1 New York Times best-selling and award-winning I Want My Hat Back comes a second wry tale.


When a tiny fish shoots into view wearing a round blue topper (which happens to fit him perfectly), trouble could be following close behind. So it's a good thing that enormous fish won't wake up. And even if he does, it's not like he'll ever know what happened. . . . Visual humor swims to the fore as the best-selling Jon Klassen follows his breakout debut with another deadpan-funny tale.

Klassen's authorial debut, I WANT MY HAT BACK (2011), became one of the surprise picture-book hits of the year, and while it's tempting to see this follow-up as a sequel, it's really only related in its hat-theft theme, animal characters, deadpan humor, and a suggestively dark conclusion. . . . The simple, dramatic tension and macabre humor that's right at a kid's level of deviousness mesh splendidly with Klassen's knack for tiny, telling details and knockout page turns. Who knew hat thievery was such a bottomless well? -Booklist (starred review) The eyes have it in Klassen's latest hat book (I WANT MY HAT BACK). Klassen manages to tell almost the whole story through subtle eye movements and the tilt of seaweed and air bubbles. . . Darkly hilarious. -The Horn Book (starred review)

Jon Klassen is the creator of the 2012 Theodor Seuss Geisel Honor Book and "New York Times Book Review "Best Illustrated Children's Book of the Year "I Want My Hat Back. "He is also the illustrator of Caroline Stutson's "Cats' Night Out, "winner of the prestigious Governor General's Award for Illustration. Jon Klassen has worked as an illustrator for feature animated films, music videos, and editorial pieces. Originally from Niagara Falls, Ontario, he now lives in Los Angeles, California.